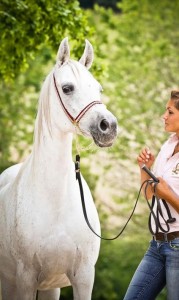 Ever since I first set my foot at the beautiful Karolinenhof Stud as a teenager, Kar Zarzarrosa captivated me by her beauty, her big and yet so gentle spanish eyes, her powerful movement and her sweet temper. In 2008 we had the opportunity to lease the mare of my dreams and breed her to a stallion of my choice. She gave us a beautiful filly by QR Marc, my beloved KB Zaraguel. Thanks to her breeders of Karolinenhof stud, we were able to purchase Kar Zarzarrosa. Together with her daughter KB Zaraguel she is the foundation of our small breed. Zarzarrrosa was named premium mare of the german arab horse association in 2012. 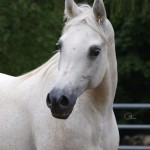 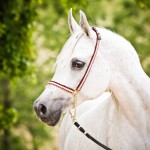 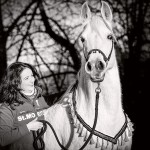 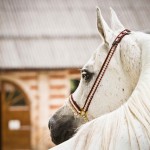 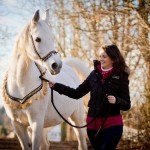 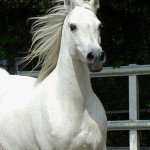 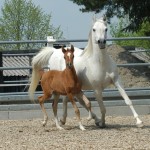 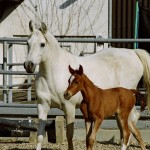